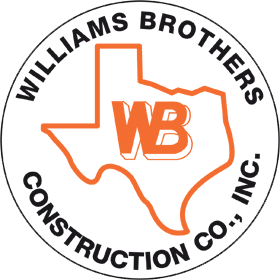 Williams Brothers Construction Company is a Houston-based firm that was founded in 1955 by J.K. Williams, C.K. Williams and J.D. (Doug) Pitcock, Jr. In the following year, the Interstate Highway Act was signed into law by President Dwight D. Eisenhower. The Williams brothers were bought out in 1964 and 1984, respectively, leaving Doug Pitcock as the sole shareholder. Since 1998, the company has been in the process of converting to an employee-owned corporation.

The company has performed all of its work under the open, competitive bid process, with 95% of that work done for its principal client, the Texas Department of Transportation (TxDOT). Williams Brothers has completed over 350 projects with a total value of over $12 billion making it one of the largest highway contractors in the United States as well as the largest in Texas. 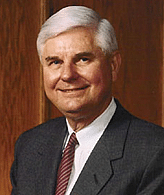 Doug Pitcock (A&M ’49), with Claude and John Williams, formed Williams Brothers Construction Company in 1955. Mr. Pitcock is owner, Chairman of the Board, and CEO. Under his leadership, Williams Brothers has become one of the largest highway/heavy contractors in the nation.

Mr. Pitcock has been a prominent transportation leader for over 40 years. He served as chairman of the Houston Chamber of Commerce transportation committee, and has twice been president of the Texas Highway Branch of the Associated General Contractors. In 1984 he was National President of the Associated General Contractors of America.

President Ford named Doug to serve on the National Transportation Policy Study Commission, and Governor Smith appointed him to serve on the Texas State Board of Registration for Professional Engineers.